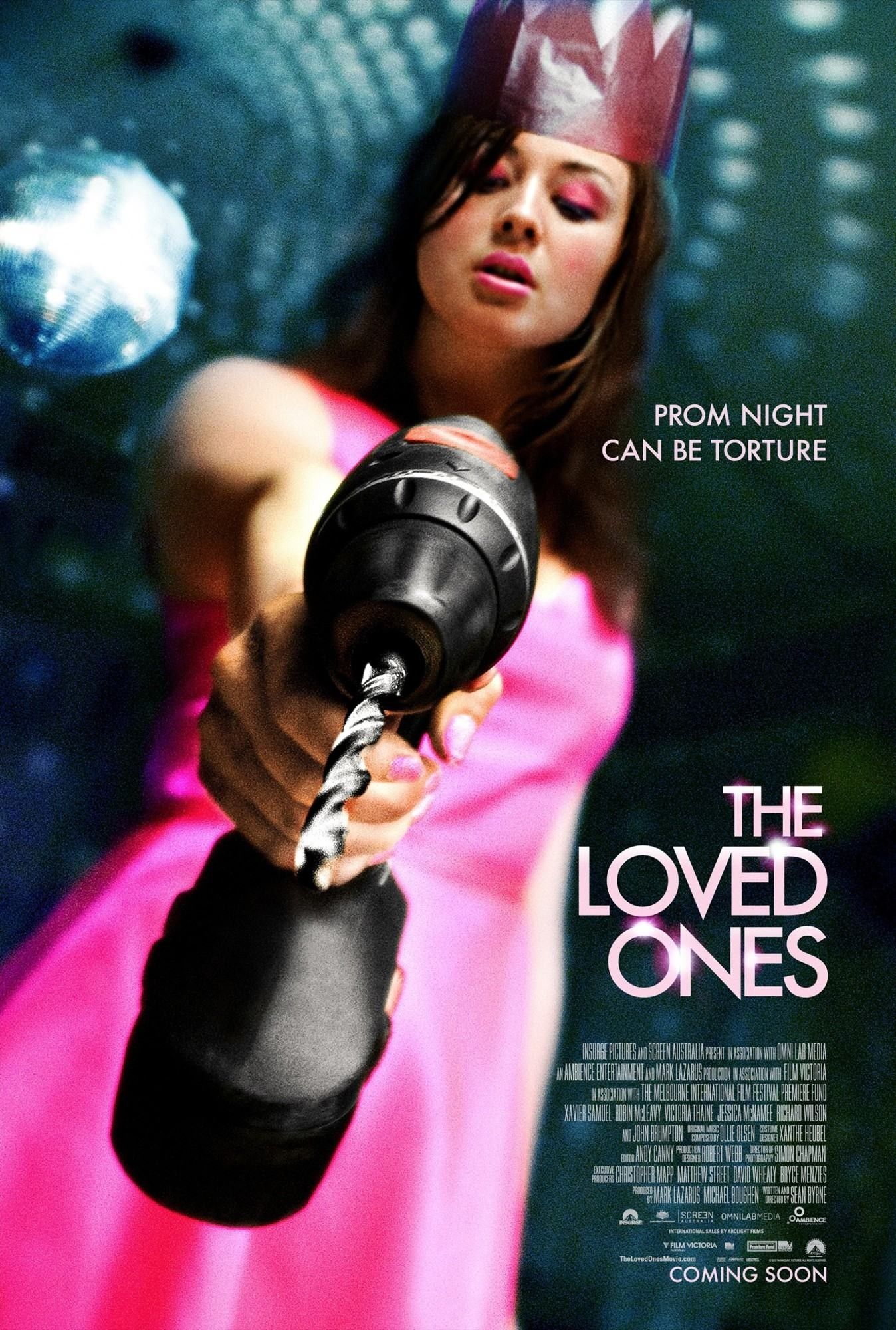 I don’t usually buy movies before seeing them, but I took a chance and went ahead and bought The Loved Ones shortly after it was released on DVD. I heard it was a breakout horror flick so I had intentions of viewing it soon but wasn’t sure when I’d be available through Netflix or Redbox. Well one whole year later, I finally got around to viewing it. And three months later after watching it, I am finally getting around to reviewing it!

The film begins with a flashback; teenaged Brent is driving while his father is alongside him in the passenger’s seat. The two are laughing and having fun and it is obvious the two are close. Out of nowhere, a battered figure stumbles across the road, causing Brent to veer into a tree, killing his father.

We flash-forward 6 months to see Brent looking disheveled, a bit broken, but is still chugging along with his high school life. He is decidedly going to the upcoming prom with his girlfriend, Holly who looks well-adjusted and is supportive of Brent. After school, Brent is approached by timid Lola, who asks him to be her date to the dance. Brent is genuinely apologetic but obviously hurts Lola’s feelings when he declines her invitation. Shortly after, we see a shot of Brent and Holly gettin’ it on in Holly’s car while Lola watches in fury. 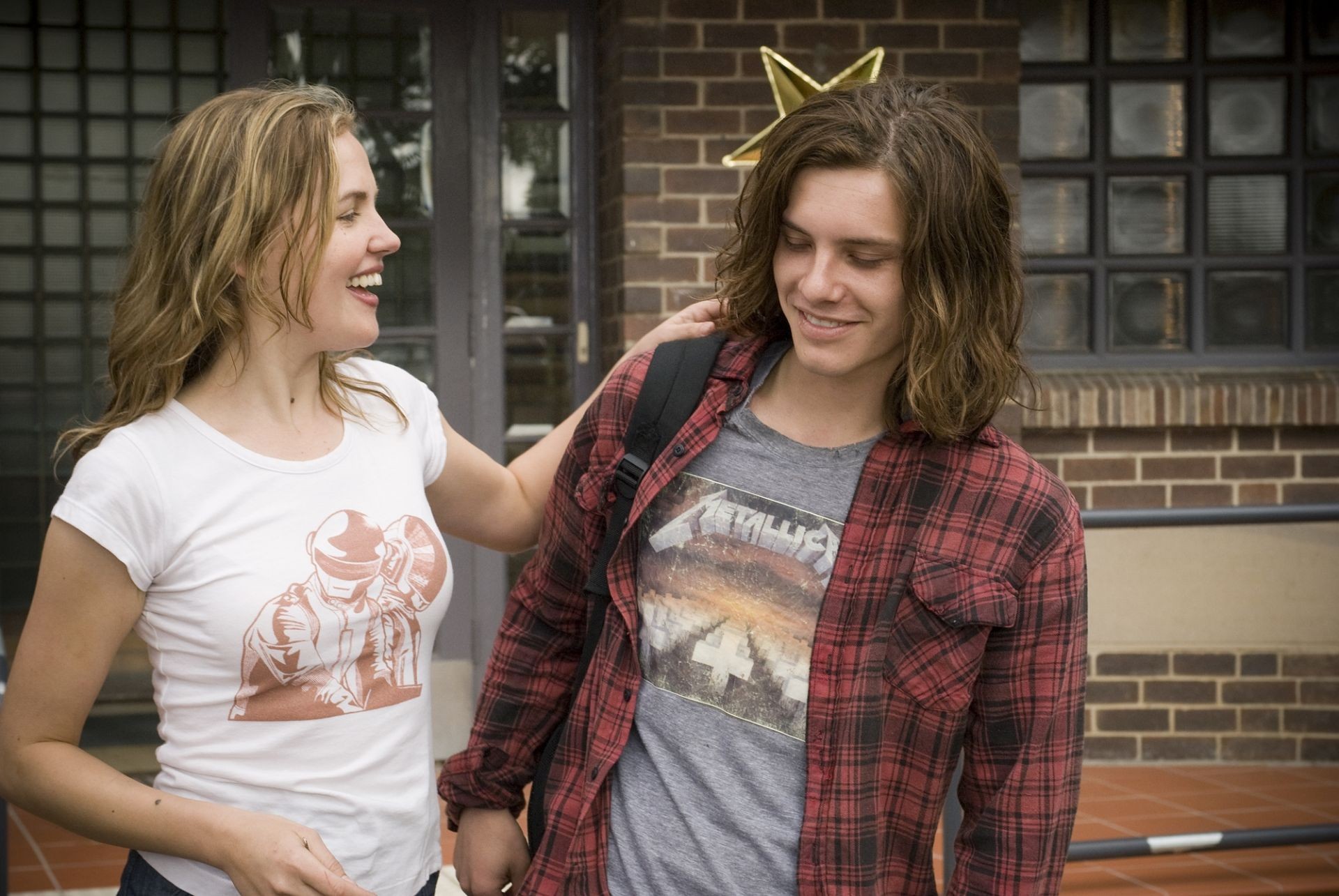 Soon after, we see Brent leaving home to go on a walk through the Australian outback. He has his beloved dog along with him, as well as his tunes and his weed. After scaling a scarily-jagged cliff, Brent is zoning out when he and his dog are attacked. Brent wakes up tied to a chair in a tacky prom suit being held hostage by Lola in her family’s kitchen. The brutality begins and doesn’t let up until the credits. The only relief the audience gets is the contact switch from Brent’s situation to Brent’s chubby-goofy friend Jamie, who is attending the prom with his dream girl goth chick Mia.

This is where I’ll stop my plot summary, leaving this a relatively-spoiler-free review. The scenes with Brent and Lola’s sadistic family are difficult to watch, although they are some of the most unique torture scenes on film I’ve seen. Such so that I (as a medical reference librarian by day) did some research on the lobotomy technique Lola’s family used. There is also uncomfortable intimate tension between Lola and her father. 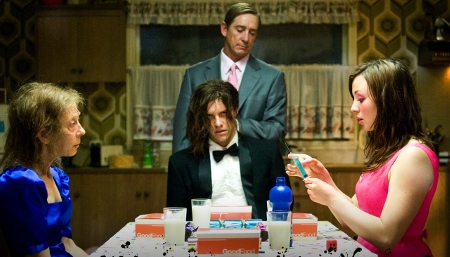 At the end, there is some predictability with Holly coming to Brent’s rescue. There is also a connection to the battered figure we see in the beginning flashback when Brent’s dad was killed in the car accident, as well as a connection with Mia.

Torture horror doesn’t generally rank high for me but The Loved Ones had enough of a unique plot and good acting to keep me entertained. The gore is creative and different and just when you think the camera will pan away–it doesn’t. The movie balances the darkness with enough comedy that it doesn’t end up being a completely serious film. 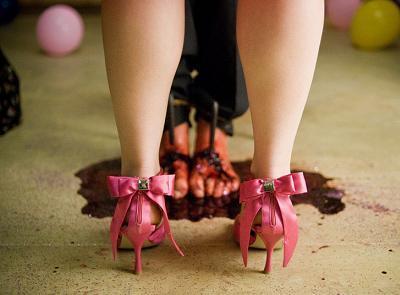 My criticism is that there is an unnecessary amount of focus on Jamie. I obviously understand the connection between Mia’s brother and Brent, however it felt a bit excessive to have nearly half the film centered around Jamie’s story. I guess the director was trying to juxtapose the two characters and demonstrate how ironically different their prom nights were, but I think that could’ve been communicated with less time dedicated to Jamie/Mia.

This minor problem aside, I would rank this one up there as one of the best horror films of the year. Certainly not for every horror fan, this is a stand-out movie with enough originality to be enjoyed on that note alone. Recommended to those who enjoy a side of comedy with their gore and for those who aren’t turned off by brutality and graphic, creative methods of torture.

Mashup status: With a setting reminiscent of Wolf Creek (2005), think the sadistic Sawyer family from The Texas Chain Saw Massacre (1974) and possessive Annie Wilkes from Misery (1990) meet the torture/comedy feel of Hostel (2005).