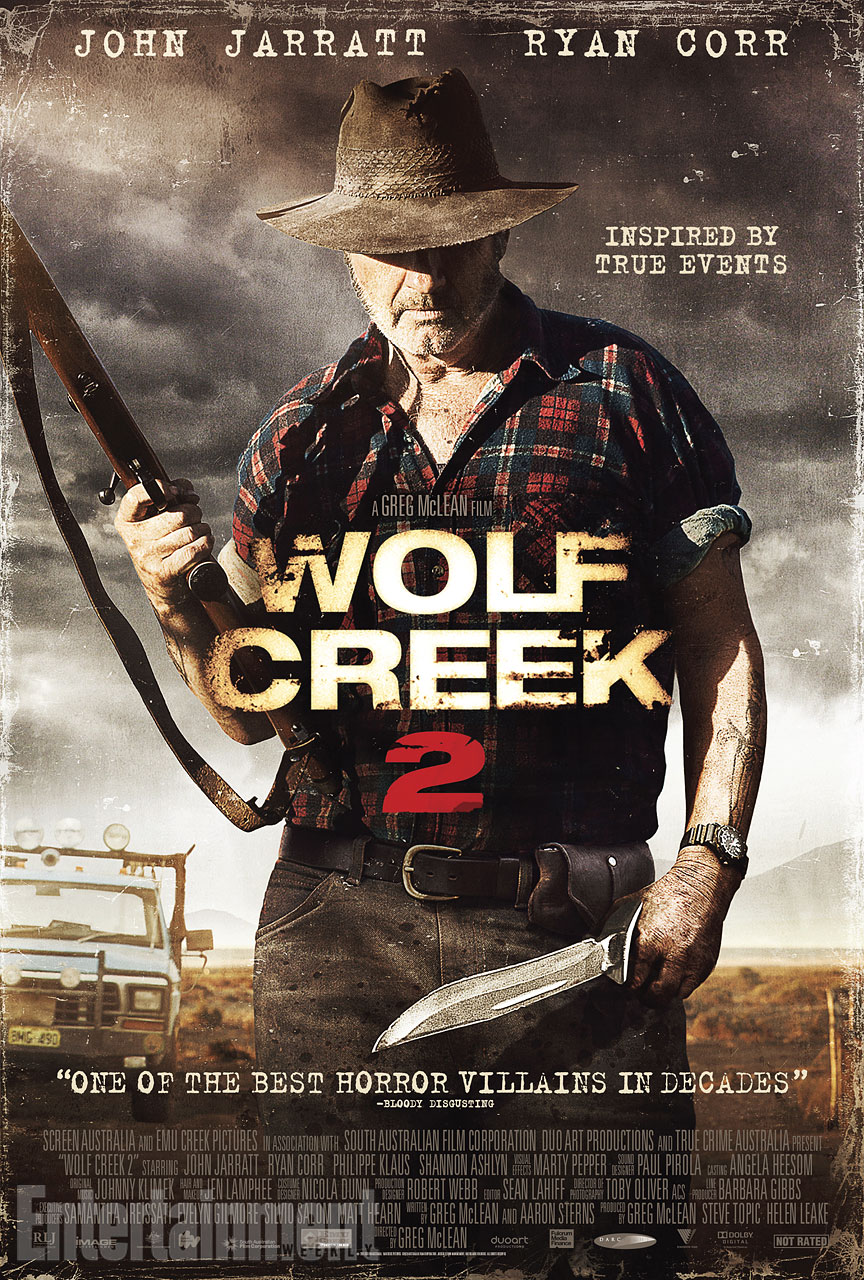 I’m superseding the two posts I’ve been working on to publish this review of Wolf Creek 2 solely because this movie was that impressive to me. I own the first Wolf Creek (2005) and enjoyed it more than I expected I would. While I typically don’t favor the torture sub-genre, I did find the first to be a fresh take on this popular niche. I also liked the ambiguity of the ending. I might have read more into it, but I did like the idea that maybe this horrible caricature of a villain didn’t exist-that possibly some cute young guy could be the malicious murderer.

I was really surprised when I learned that a sequel was in the works. Wolf Creek came out nearly a decade ago and gained popularity as more of a cult favorite among horror fans. I had no knowledge of the plot for the sequel and only learned that it had been released when I saw it pop onto Netflix’s “Recently Added” queue. So on a whim this past Sunday night, I decided to go ahead and watch it, having little expectations, and my God, what a brutal film this was.

Plot-wise, there is very little of a story. I don’t want to give away too much but to explain the story development, I do need to disclose some spoilers. Skip to the end of this review if you don’t want to be spoiled!

The very first characters we encounter are a pair of corrupt police officers. It is pretty obvious where things are going to go once they encounter Mick, the jovial Aussie villain from the previous Wolf Creek. Trying to pin a false speeding violation didn’t go over so well. There was a nice first kill scene followed by a rather predictable second. 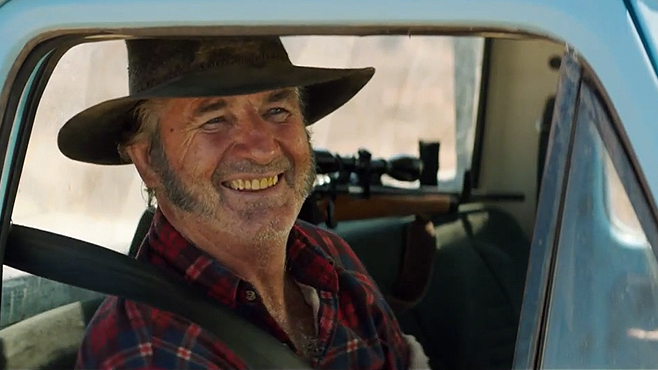 The next characters we meet are a young German couple-Rutger and Katarina-who are hitchhiking their way through the outback. This was very reminiscent of the first Wolf Creek, as Rutger and Katarina too are visiting the Wolf Creek Crater national park. Unlike the first film, these foreign tourists’ time on camera was very short lived. We get to know them well enough to see they are affectionate, carefree and altogether a very sweet couple. There was a fair amount of time developing these characters so how their story progresses surprised me. 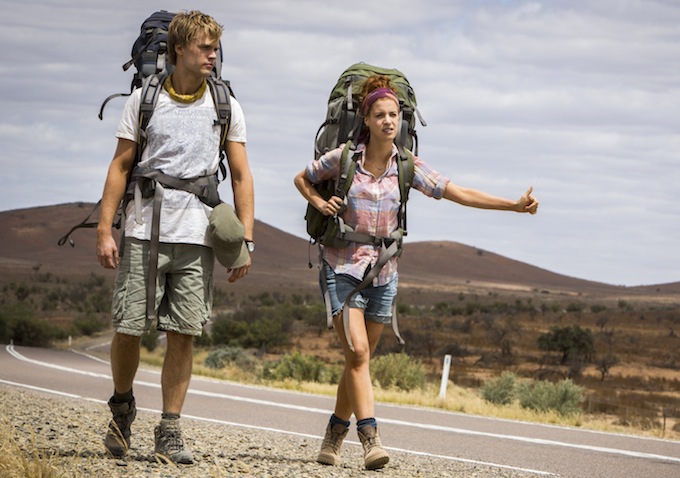 After a long day of hiking, the couple sets up camp for the night only to meet Mick, who initially comes across innocently enough. When Mick insists the couple are violating park rules by camping overnight, things get tense with Rutger. After a confrontation, and in a scene that plays out like an homage to The Texas Chain Saw Massacre (1974), one character leads Mick to the film’s third major character, Paul.

From here on out, the storyline essentially follows Paul as he tries to outrun and outwit Mick. I won’t go into too many details here but the latter part of the film, we get to see just what an elaborate holdup Mich has built, complete with an array of torture devices, secret passages, and mementos-and bodies of!-previous victims.

I am a horror movie enthusiast so obviously I’ve seen a fair amount of gore and violence over the years. With Wolf Creek 2, I was physically disturbed by the brutality and senselessness of Mick. For whatever reason, I decided to watch this movie before going to bed. I had to stay up a hour after the movie was over watching old episodes of Family Guy and Bob’s Burgers just to get my mind off the film.

At the beginning of the movie, I was rooting for Mick as he encountered the corrupt policemen, however the story developed in a way I did not imagine. The other characters we encounter onscreen don’t necessarily fit the mold of justifiable horror movie murder victims. They weren’t promiscuous, one character smoked pot for maybe half-a-second, and all the characters were compassionate and likable to me. The manner that they are killed was so brutal, it’s hard to rationalize the mercilessness of Mick. 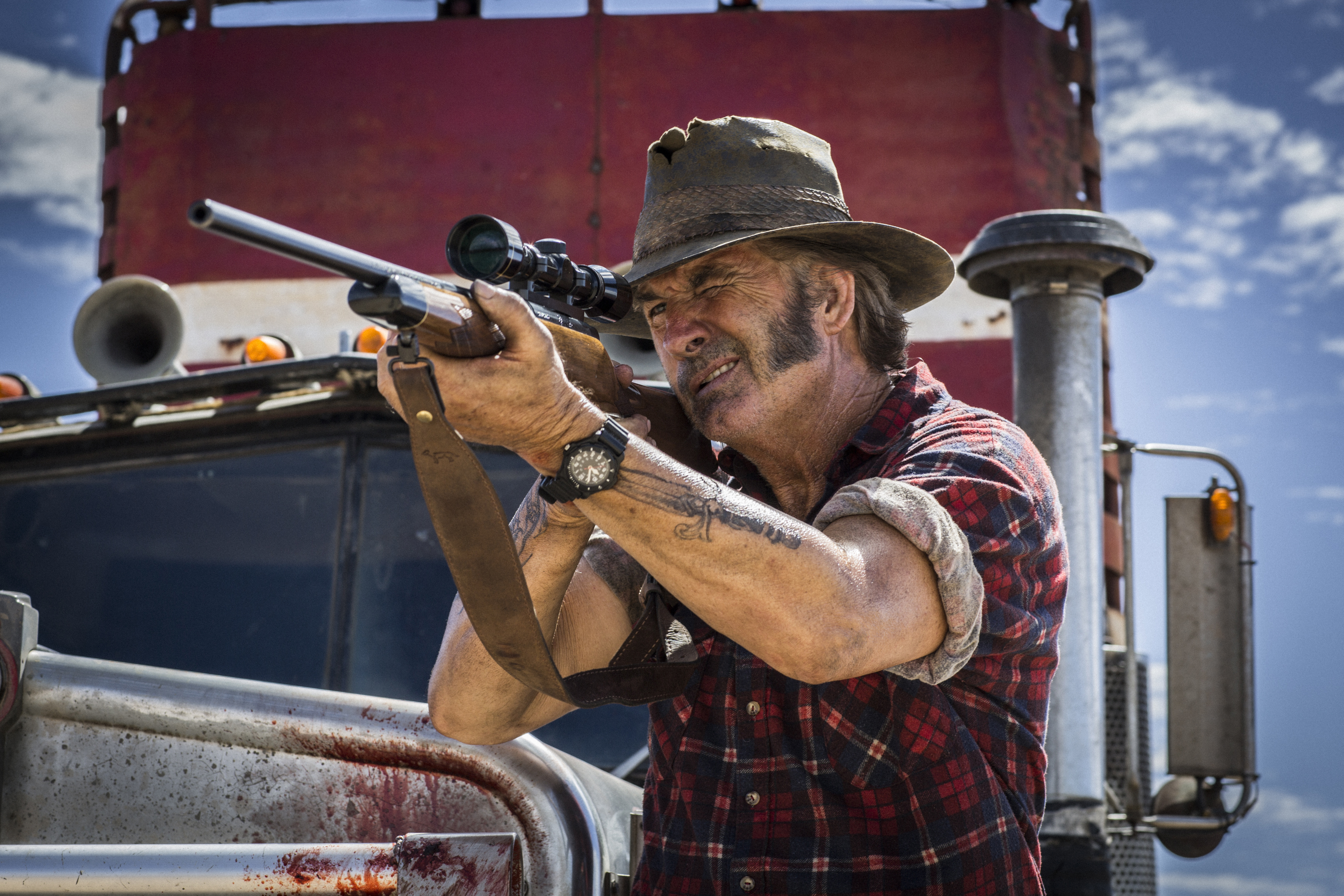 It was somewhat of an emotional experience for me as a viewer; I had rooted for Mick in the first Wolf Creek as the characters were so annoying (really, the embodiment of your typical horror movie delinquent). With the sequel, the first murders we encounter are the crooked cops which felt validated. But then Mick turns and we see that he has no set of rules other than wanting to violently obliterate all tourists.

There were a few things I didn’t like. Early on, Mick wears out the whole “head-on-a-stick” torture method (watch the first Wolf Creek to understand this reference). There were also the typical grumblings, like how is Mick everywhere? How is he always a step ahead? Parts of the movie bordered on feeling too similar to the Hostel series. There was an extended car/truck chase scene (technically there were 2-3 of these). I’m not a big action movie fan so my mind kind of wandered during these parts. I guess because I know in my heart that a significant character is probably not going to die in a magnificent 80s TV-style car crash as Mick almost certainly prefers to play with his prey before dispatching it. 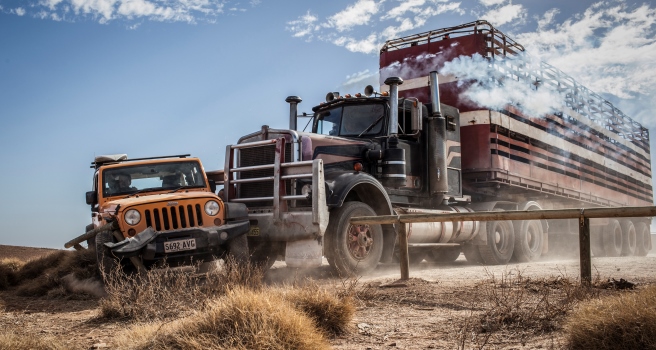 Overall, if you are a hardcore horror fan, I highly recommend Wolf Creek 2. I highly don’t recommend this for your friends or girlfriends if they don’t have the same appreciation for horror. You will look like a psychopath if you sit down with unsuspecting friends to watch this. But for the true horror fan, you should be pleased. And you don’t really need to have seen the first (which is something I am usually particular about). As far as action, the budget is substantially higher than the first. There are some great scenes of gore; the make-up and kill scenes are disturbingly realistic. Accordingly, I would rate Wolf Creek 2 equally with the original-which is something I don’t know that I’ve personally said of a sequel. It is raw, brutal, and fresh. And Mick is easily one of my favorite horror villains.

Mashup status: Think Wolf Creek (2005) meets the automotive action scenes of Joyride (2001) with the same uncomfortable scenes of torture and despair of The Strangers (2008) and Hostel (2005). Some may liken it to Funny Games (1997/2007) but I didn’t care for any those characters so it’s less similar of a comparison for me.