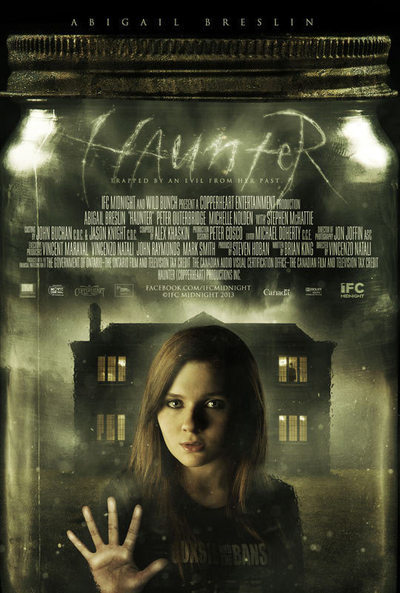 I first learned of Haunter (2013) when I saw it listed on Netflix Streaming. I did a bare bones/spoiler-free search online to see if it was well-received and was surprised to see a lot of positive buzz about it. Once I saw that people liked it, I stopped researching it because-as usual-I wanted to be surprised. I also wanted to watch it at the right time so I ended up waiting several weeks until I could give it the attention it deserved. The BF joined me and I have to say, we were both very pleased.

I will insert a disclaimer here that while I generally try and keep my blog posts spoiler-free, to describe the main plot of Haunter, I really need to explain some of the “twist” part of the movie. I don’t necessarily find this to be a spoiler as the viewers learn this twist 20-30 minutes into the movie, but if you want to be surprised like me on my first time through the movie, don’t read any further.

We first see main character Lisa as she is waking up. Her younger brother is calling her on his walkie-talkie. She wake sup and goes on about her life as a typical, angsty teenager. She snaps at her mother about the laundry and later has an uncomfortably silent dinner with her family. Tomorrow Lisa wakes up to the exact same day. And each day on, she becomes slightly more aware of her family’s situation, that everyone is dead and they remain in this limbo time-loop, reliving the same day over-and-over again. 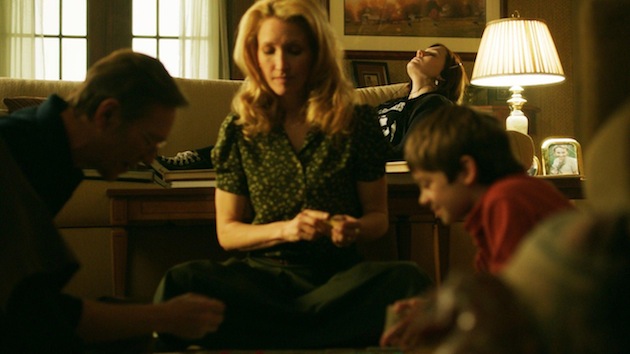 As brief as that synopsis was, I don’t really want to go into more plot detail to preserve the direction of the story for readers who do want to be surprised. I will say there’s contact with the present day teen living in the house, a disturbing invisible friend relationship that Lisa’s younger brother Robbie maintains, and a visit to the house by a creepy maintenance man, and the realization that the family cannot physically leave the home.

One criticism I have of the movie is what happened between 1985 and the present day? We encounter pre-Lisa victims from the 1940s onward to modern day teen, Olivia, so there’s definitely a trend here. But yet there’s no explanation of the time after Lisa’s family lived in the home. Perhaps the house sat vacant? Maybe a family without children lived in the home? I don’t know but a casual acknowledgement of this would help strengthen the plot for me. 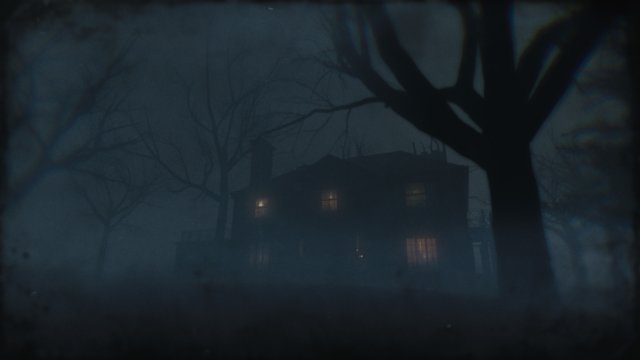 Another minor criticism is this was not my favorite Abigail Breslin performance. She seemed a bit checked-out throughout the duration of the film. The unique plot was enough to secure a high rating from me, but if Breslin was more emotionally invested in this, the film would have scored bigger. 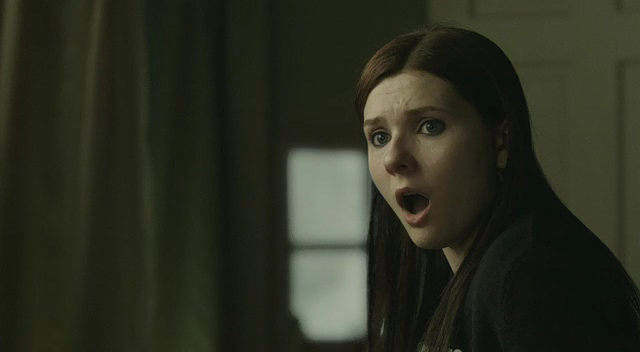 Other audiences report that the movie doesn’t feel 80s enough, specifically Lisa’s hair and the fashion choices of the other characters. I think a hyper-stylized 80s setting would have distracted from the story line so I am fine with how the decade was depicted.

Ultimately, Haunter really surprised me, held my interest, and delivered a modern take on my favorite horror sub-genre, the haunted house/ghost story. I’m surprised it didn’t make it into theaters because I think it would’ve done well. If you’re looking for something fresh, this is for you.