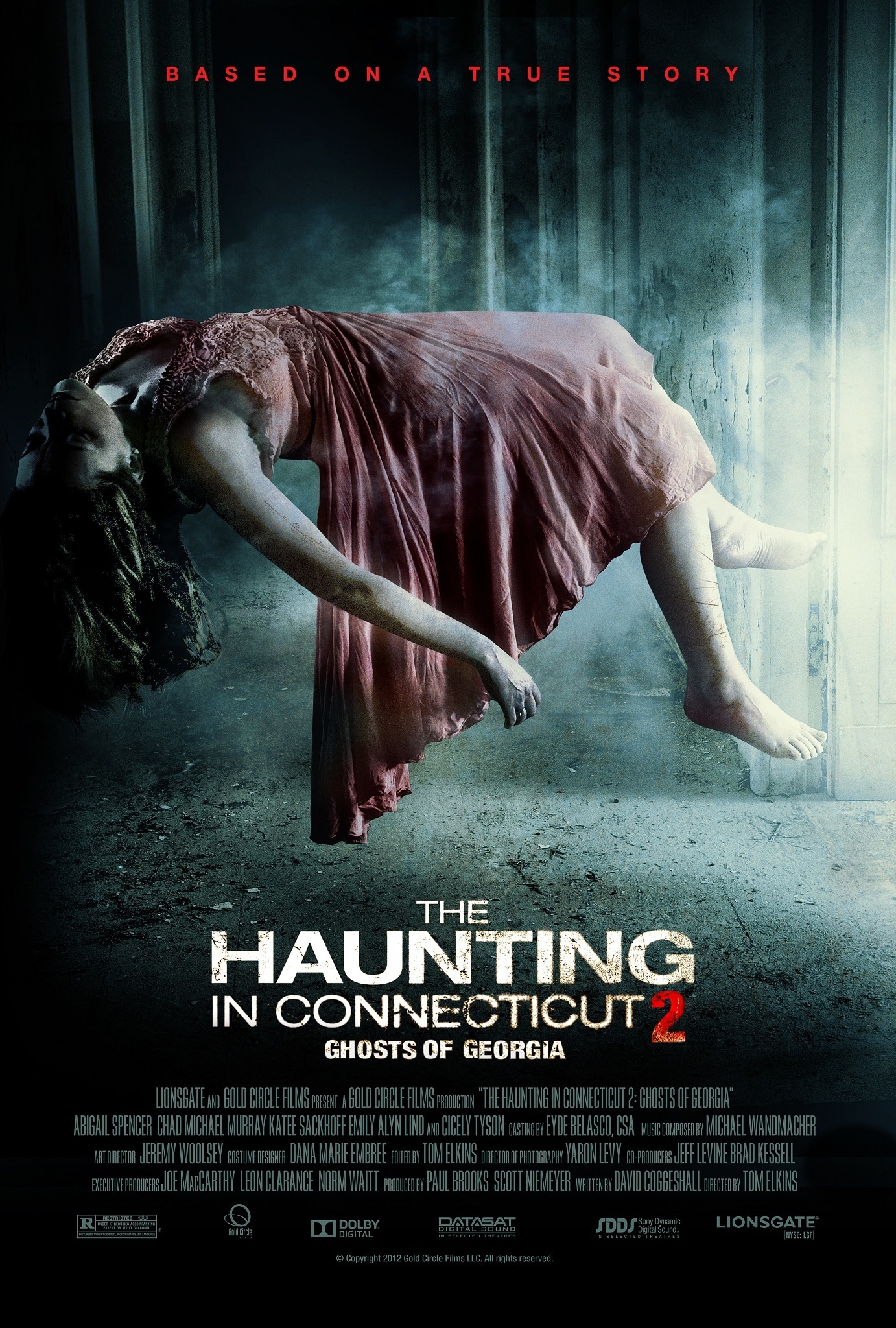 I don’t know who this ethereal woman is, and levitating and fog have absolutely nothing to do with this film’s story, but I still really liked this movie!

As much as it pangs me to admit, and despite the fact that I will probably receive a lot of criticism for my approval, I really did enjoy Haunting in Connecticut 2: Ghosts of Georgia. I’m a supporter of all production categories of the horror film genre; I truly enjoy B-movies, low budgets, direct-to-video/streaming, indie, and yes even mainstream horror. I do think that mainstream horror has gotten a bad wrap in recent years (with the exception of some-for example, James Wan) but generally, I have liked much of the big budget horror I have seen recently.

Two other reasons I enjoyed this Ghosts of Georgia: 1) the ghost story is my favorite sub-genre of horror and 2) I’m from Georgia. I was interested in the historical aspect of the south because-I’m not biased or anything-but I think the south has such a rich (and albeit unsavory) history, I was interested in how it would be depicted in this movie.

I was also anticipating this movie because I genuinely enjoyed the first Haunting in Connecticut movie. I had also heard that this one-despite the odd name and having zero to do with the first-is loosely based on a true story. I know, I know-there are oodles of horror movies “based on true events.” In this one, the characters have the same names, and the story about Mr. Gordy is reported to have happened, however beyond that, the crux of the movie-the underground railroad-was Hollywood’s way of elevating the story. For me, it worked.

We begin with perhaps one of the most cliched horror movie openings: a family is moving from the hectic city life into a “new” (read “old and haunted”) house in the remote countryside. In addition to mom, dad, and young daugther Heidi, mom’s flitty sister Joyce also moves in with the family. She is staying in an uber creepy RV on the property. Some spooky things begin to happen at the Wyrick ‘s new residence, namely with Heidi; she is an only child and begins to have conversations with an invisible friend named Mr. Gordy. 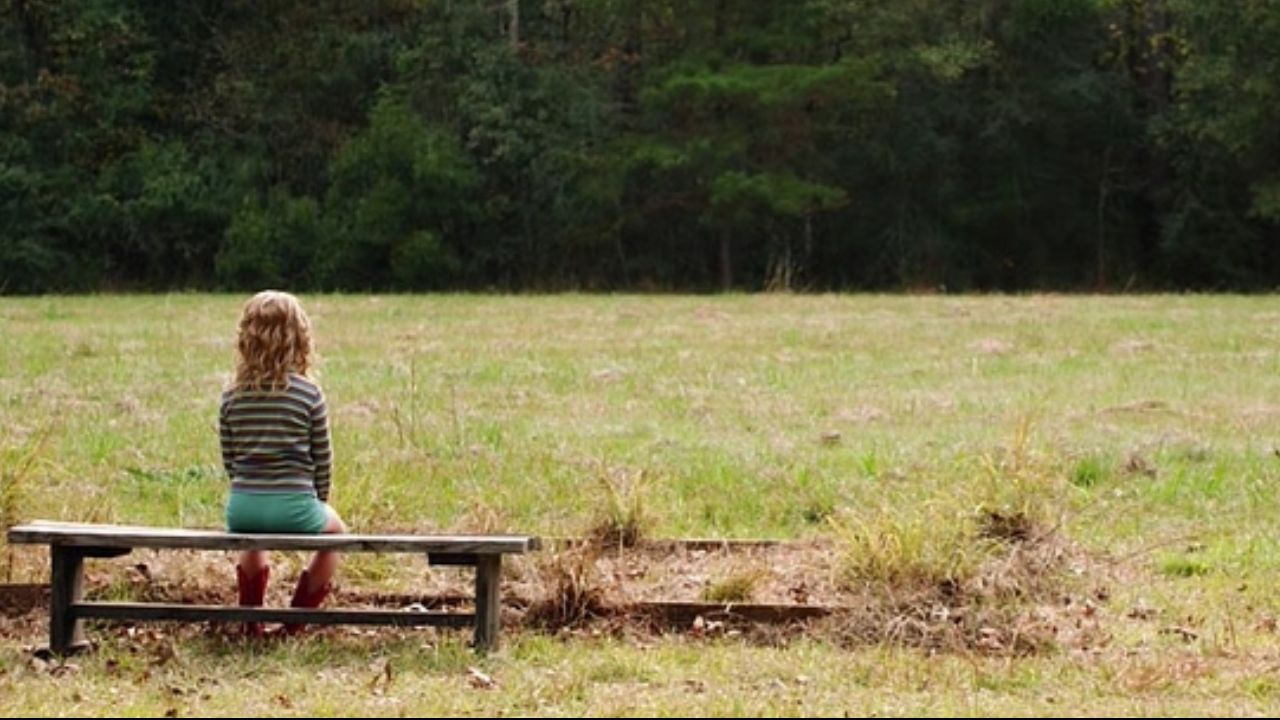 Mom-who is of the high-strung, stay-at-home variety-begins to get weirded out and fearful of Heidi’s relationship with her “imaginary” friend. We learn that mom has psychic abilities-she can see/talk/interact with dead people-however she represses her abilities by taking loads of medication. As Heidi’s relationship with Mr. Gordy develops, Mom worries that her daughter might have inherited her psychic abilities. Predictably, we learn that a man named Mr. Gordy once lived at the Wyrick’s home, and Heidi can even pick him out of a collection of pictures unprovoked.

Through her interactions with Mr. Gordy, and some encounters mom has while off her meds, as well as the typical horror movie research/investigation done by the family, we learn the property was once the part of the underground railroad. The former owner-the Stationmaster-was also a taxidermist. And in the woods, underneath the ruins of the former cabin is a labyrinth of dirt hallways used for housing slaves.

This is where I will end my plot summary. I will say there is a twist, one I was generally surprised by. There was also the expected “save the kid from evil ghosts” action scenes. These were pretty silly and predictable but the bad guy was creepy enough that I tolerated these scenes. The ending was a cheesefest but stick around until just before the credits and you’ll see some candid photos of the actual Mr. Gordy and the Wyrick family.

I liked this much better than the first Haunting in Connecticut film-I have no qualms admitting that I enjoy a “sequel” more than an original since these two movies are really not related. On that note, I will say that Ghosts of Georgia feels similar to the first.

Overall, the movie was fun, moved quickly, and really held my interest. Abigail Spencer (the mom) was tiresome but perhaps that was just her character. And Chad Michael Murray I felt was miscast; I could see him netter as an older brother rather than the dad. The star was Emily Alyn Lind; child actors can typically wear on me but Emily carried this movie well.

Beyond the cast, I also commend the writer. The Civil War is really overlooked by the horror movie industry. I can rattle off a dozen Nazi zombie flicks but I struggle to think of other Civil War movies besides than this one, Dead Birds (2004), and perhaps Ravenous (1999).